The Sanctuary of Our Lady of Pregnancy in Gdańsk Matemblewo 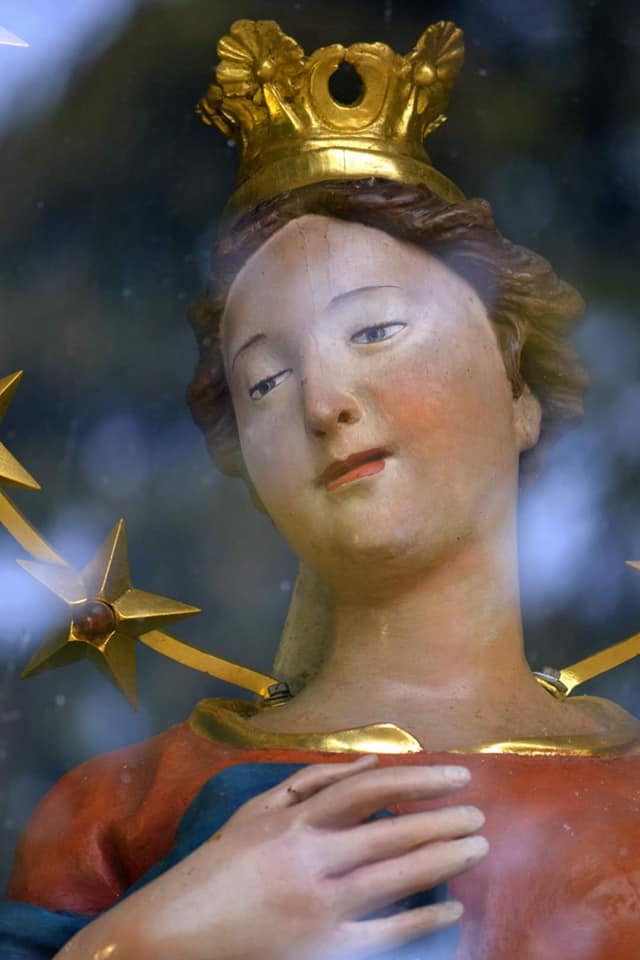 The Sanctuary of Our Lady of Pregnancy in Matemblewo is a unique place where pilgrims from all over Poland come to ask for the gift of offspring for themselves or their relatives. The origins of the sanctuary are shrouded in the legend. A certain carpenter, a resident of Matarnia, during the harsh winter, during a raging blizzard, set off on foot to Gdańsk, 10 km away, to bring a doctor for his wife, whose health had deteriorated, waiting to be delivered. In the course of this journey, he gradually lost strength until he collapsed from exhaustion. Then – as a man of deep faith – he began to pray earnestly, begging God for help for himself, his wife and his still unborn child. Suddenly, the beautiful figure of the Pregnant Woman, illuminated by an unusual light, appeared in front of him. She told him that she could safely go home because his wife had already given birth to a son and she was fine. The carpenter turned from the road and reached the house with the last of his strength. A few days later he told the Cistercians in the Oliwa Abbey about the miraculous event. The monks decided to celebrate this event by erecting a chapel. The news of Mary’s miracle spread quickly. The faithful began gathering at the scene. Most of them were women who could not bear children or were expecting children. Each of them – according to the existing custom – brought a bag with soil, from which a magnificent mound was created over time. At the top of the hill, in the middle of the forest, the Cistercians erected a wooden chapel and placed a statue of Our Lady of Pregnancy in it. On June 5, 1999, Pope John Paul II visited the Sanctuary, stopping by the Statue of Our Lady of Pregnancy. The Holy Father blessed and entrusted the whole work to the protection of the Holy Family.

Many people who, in this special place, trust in the care of Our Lady of Pregnancy, experience the miracle of healing the body and, above all, the soul. At this point, the words “For nothing is impossible for God” take real shape. Here the impossible becomes possible.

Come over. Together with Mary, ask for the gift of a new life!